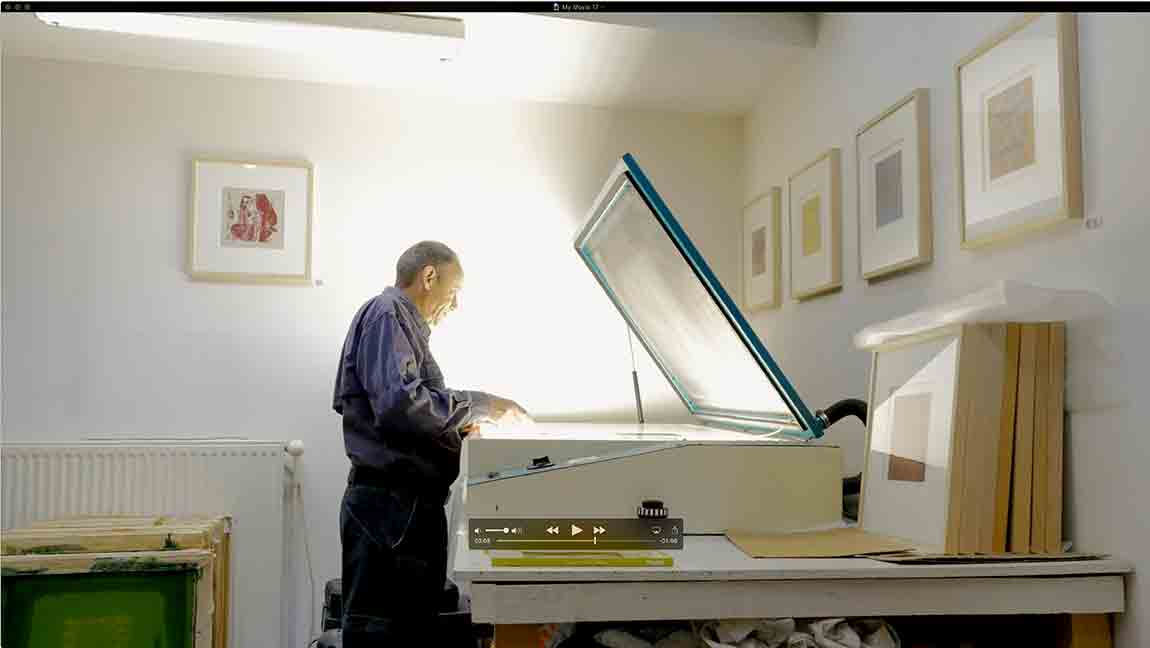 A 5:10 documentary film presenting Jean-Pierre Sergent studio's in Besançon, France, with the main room where the artist his silk-screening and exhibiting his large mural installation of paintings on Plexiglas (3,15 x 6,30 m).
The second room, where he his reclaiming and exposing the silkscreen frames and stoking his works on paper.
The garage, where he is painting the back of his Plexiglas paintings and storing his artworks.

The installation in 2005 of Jean-Pierre Sergent studio's in Besançon, France, (after his 10 New York years), will give him the opportunity to present his art work into French and European art market. It will also give a chance to European public to discover a painting full of energy and spirituality.