> ABOUT THE FOUNDATION-FARM
Built in 1531, the Grand-Cachot Farm is one of the oldest in the High-Jura Swiss Mountains area, during its long history, its inhabitants have been farmers, lumberjacks, watchmakers, lacemakers… Since 1968, this beautiful traditional architecturally renovated space has been holding artist exhibitions in its gallery. 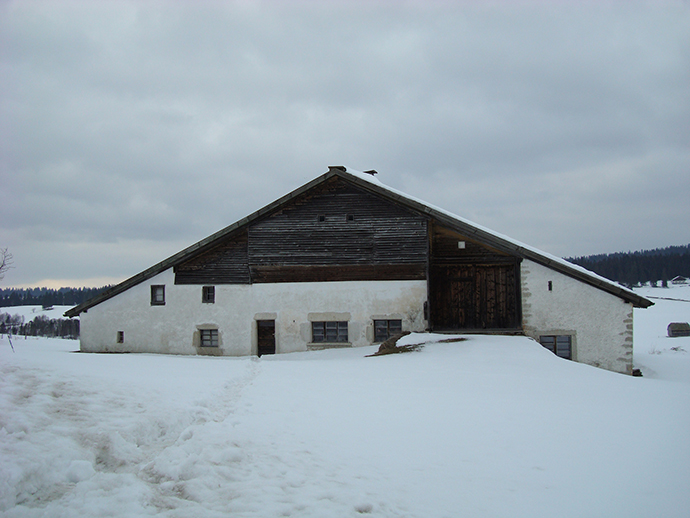 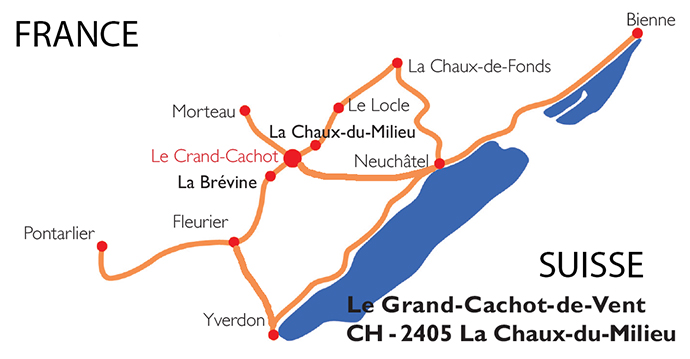 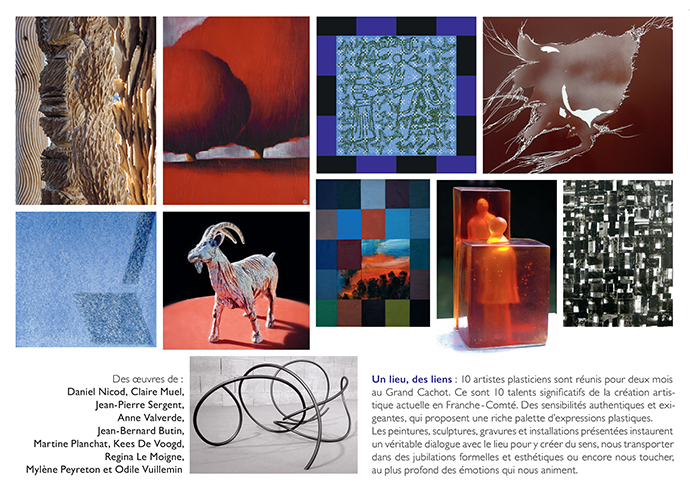 View of the invitation card

> JEAN-PIERRE SERGENT
Developed his repertory of artistic forms in the United States and continues to work and exhibit regularly in France and the rest of Europe. He recently exhibited at two solo exhibitions in major museums: the Musée des Beaux-Arts of Mulhouse in 2011 and the Courbet Farm of Flagey in 2102. In 2013, he had two solo shows, one of large works on paper: "Sex & Rituals" at the Omnibus Gallery of Besançon, France, and the other: "Cultures-Energies", at the Kunstpalais in Badenweiler, Germany. In 2015 he had three gallery solo exhibitions in Switzerland and participated at the 7th Besançon Biennale in October.

> ABOUT SERGENT’S EXHIBITED ARTWORKS: “CIRCLES & YANTRAS”
Sergent is going to present five paintings on plexiglas selected from his Entropic Suites and Mayan Diary series (2007-2015) containing images of circles and yantras (Hindu meditations drawing).
The Gand-Cachot Farm seems the perfect place for the artist to present at the public, in this half millennium-old place, a glimpse of the continuity of human being and natural and cultural events throughout time perpetuation. The artist, born in Morteau (10 miles away from this place), visited the Grand-Cachot with his grandfather Maurice, when he was a teenager, and the space as well as the artworks seemed to have some kind of an aura, a delicious presence, in this prestigious place dedicated to art. Thanks also to his granddad who really enjoyed and respected artists and their works. It’s then important today and it’s a great honor to exhibit his works in such a well-attended art institution.
Nothing could represent and symbolyze more time continuity and human growing awareness development than concentric circles. In fact, they represent the expansion from the Bindu point (the unity, the starting point of cosmic creation, some kind of a Big Bang momentum), the mixing of male and female energies, the human spiritual development growing point and they tend to bring us toward personal achievement both physically and spiritually…*
Entangled into the paintings with fugacious “images of life” as sexual intercourses representations, flowers or birds, concentric circles are the infinity in the fragility, the geometrical and symbolic  structures burned into life bold coloured organical chaos, the real daily time transcendance!

* The metaphor of Life fluidity is like a stone fallen into a quiet lake. This impact is followed by a circular wave giving birth to a larger one, the circles continuously multiply all over the water surface. The growing awareness develop likewise, except that the mind’s lake is infinite. In Mu, le maître et les magiciennes, A. Jodorowsky 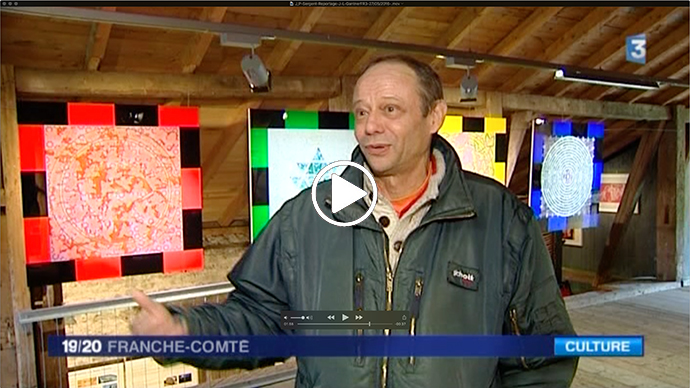 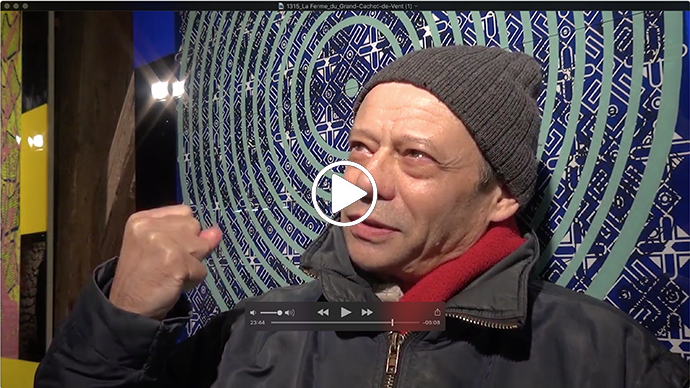 > VIEWS OF THE PLACE & THE EXHIBITION