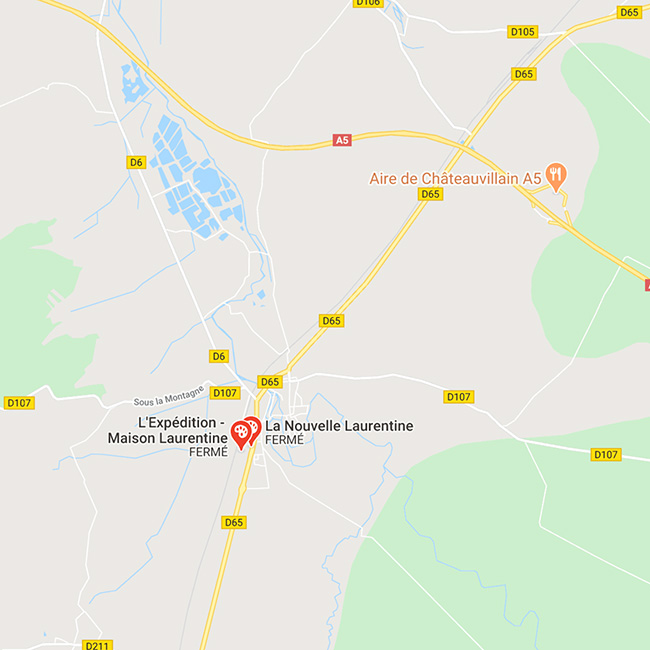 ABOUT THE COLLECTIVE EXHIBITION VOLUPTUOUSNESS 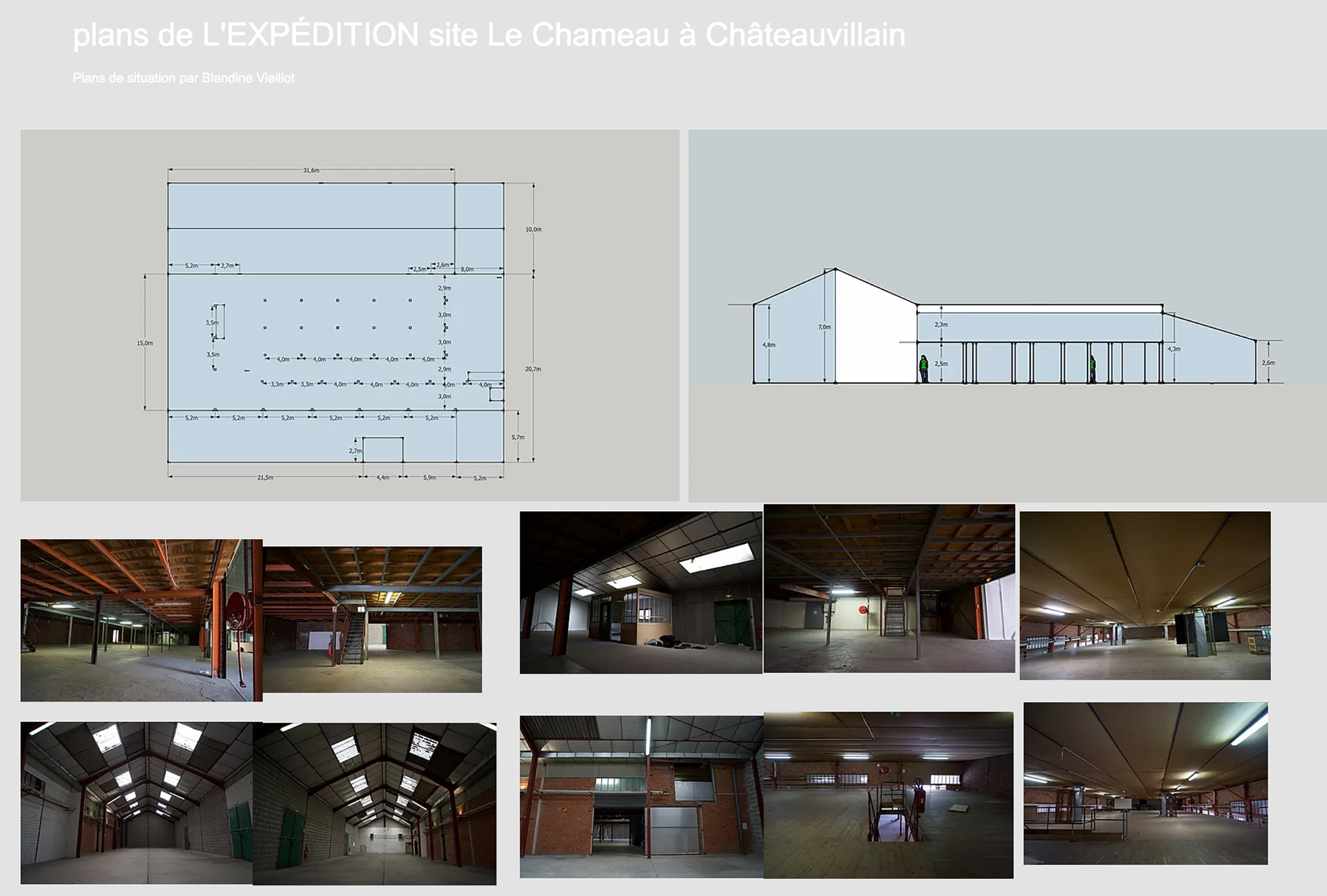 Jean-Pierre Sergent, a Franco-New York painter, now lives and works in Besançon. His work has been exhibited internationally since 1990 in the United States, in Europe and in China since 2016. He is currently exhibiting until January 2021, four large wall installations (of 80 m2) "Les quatre Piliers du ciel", at the Musée des Beaux-Arts in Besançon. During this new collective exhibition "Volupté" in Châteauvillain (Haute-Marne), he will present a large wall installation entitled Mécaniques cosmiques de la jouissance, in the large main hangar, which is composed of 24 paintings on Plexiglas (1.05 x 1.05 m) from the series Mayan Diary and Suites Entropiques (2010-2015), forming a total of 3.15 m high by 8.40 m long. A small cubic cell built in the middle of a space dedicated to Hildegarde von Bingen's cell, will house 3 large Plexiglas paintings (1.40 x 1.40 m) from his series of Entropic Suites (2015) on the interior walls and 19 small silkscreens from his new series Shakti-Yoni, 2019 (38 x 38 cm) on the exterior walls. A large, sensual and beautiful blue monochrome silkscreen print Gribouillis, Bondage & Freedom (1.50 x 3 m), from 2008, will also be hung in this darkened room.
JPS' work has been strongly imbued with spirituality, life forces and sexual energies since his New York years (1991).

Artists can describe, imagery and transcribe worlds, just from tiny snippets of reality, like those Tibetan Lamas who are able to travel and bodily traverse entire universes.
"The holy panditas study the world and its forces. This was described to us by the Tashi Lama who lived eight hundred and fifty years ago. ...when he died, he spoke of the time when he had lived, according to the will of the goro* (guide to their transcendental journeys) on a red star in the eastern sky, then on the ice-covered ocean, and finally among the stormy fires burning in the bowels of the earth."

Art can be thus and also the revelation, the representation, the exact description of the māyā* at a given alpha point, like a bindu* point in space-time in painting. Otherwise what would be the interest of such a practice so outdated and obsolete today in the face of the cultural and industrial empires of the society of the spectacle? It is of course not Art that will save the world, but rather an awakening of the collective consciousness. Art can only be this revelator, this trigger, this transmutative principle revealing the complexity, the vital essence and the depths of existing worlds.

My art is consubstantial to these world energies and intrinsically linked to the history of humanity as a whole. Mirroring life and dreams, the wall installation of the Entropic Suites 24, floods and fills the viewer's visual and imaginative space with orgiastic scenes, ecstatic bodies; lost or found in full, saturated and teeming (like nature), joyful and orgasmic spaces. Showing systematically and tirelessly the pleasure and transcendence existing of course simultaneously inside and outside of ourselves, a living paradox of all vital energies, making us both alive and dead, here and elsewhere, in emptiness and fullness. With Eros working incessantly and faithfully in my paintings as a founding god and unfulfilled demiurge, companion of life and solitude. Very present and active also today in the immense pornographic business, the most flourishing in the world with that of armament. Because all erotic images gleaned on the net have a history, of suffering mixed with pleasure, sometimes feigned or real. They are memories, no doubt, of a trace of ecstatic pleasure. Each era, each human being speaks to us about what they live and the powers that surround them. And we must invoke, go and see, look for images and witness how Hildegard imagined, recreated a divine and cosmic world at the time of the Middle Ages and the Crusades, illuminating the world with her mystical revelations through her music, her drawings and her writings :

"Tortured, he said, since her childhood of visions and revelations, Hildegard would have been given the following order: - Write down what you see and what you hear!" She testifies in The Book of Divine Works: "The energies of the soul are also very strong because man knows and feels God through them, no matter how dependent he may be on the desires of the flesh..."*

It is necessary and essential for us artists to offer the world something other than what it IS or believes only TO BE, by conventions, doxas or habits: this world that is only materialistic, secularized, driven by money, power and contempt for any living form other than that which fills our egos and our safes. Thus, in Montreal, the following phrase is used to describe most of the sinister individuals who govern our countries and institutions: "Me, myself and I!" or as in the 13th century Roman de la Rose*: "They have made money their master, those filthy earthly toads." However, this industrial and capitalist thinking has succeeded, in only a few hundred years, in almost completely destroying the diversity of the sentient and living world and all of Nature! Unfortunately, we are paying a de facto high price for it today, in these times of the global COVID-19 pandemic.
It is therefore desirable that artists remain courageously vigilant, head-on and upright in the face of this collapse and disappearance of the world, with a powerful, anarchist, vivacious, colourful, enthusiastic and gendered attitude... To try, as far as possible, to regenerate the world and re-enchant its inhabitants, as Novalis says so well in his Fragments:
"The creative artist finds himself in a position to generate his own universe by means of language and words, which he uses to create, from within, another reality... that of absolute poetry."

* Eros is the primordial god of love and creative power in Greek mythology.
* Hildegarde von Bingen (1098-1179) is a mystical German Benedictine nun who was graced with extraordinary mystical visions from a young age and into her old age. Patroness of alternative medicine, composer, woman of letters and saint of the Catholic Church in the 12th century.
* "A goro approaches them (the young panditas monks) and stared at them for a long time. Slowly their bodies rise up and gradually disappear into the air. The goro remains seated, his eyes fixed on the place where he sent them; invisible threads hold them at his will..." Beasts, Men and Gods, Ferdynand Ossendowski
* "The māyā is therefore both the one that reveals God and what man must fight for his liberation." The Divine Life, Sri Aurobindo
* Bindu: is a Sanskrit term meaning drop, the origin of the cosmic big bang.
* The Book of Divine Works, Hildegarde von Bingen
* Le Roman de la Rose, Guillaume de Lorris and Jean de Meun

Interview with Catherine Jeanson for the JMH

VIDEOS OF THE EXHIBITION

PACKING OF THE ART WORKS ON JUNE 15TH 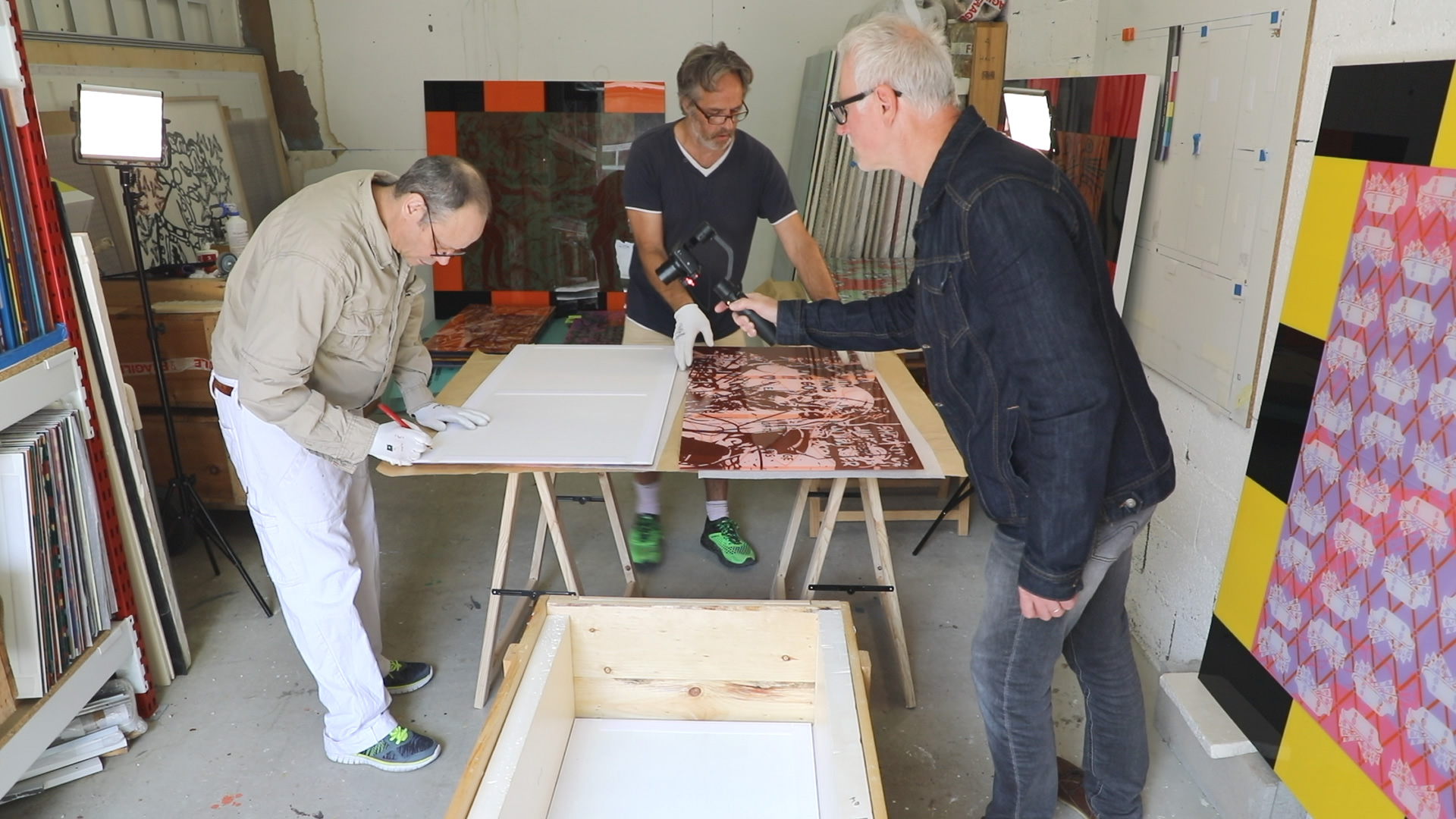 INSTALLATION OF THE BIG WALL ON JULY 9TH 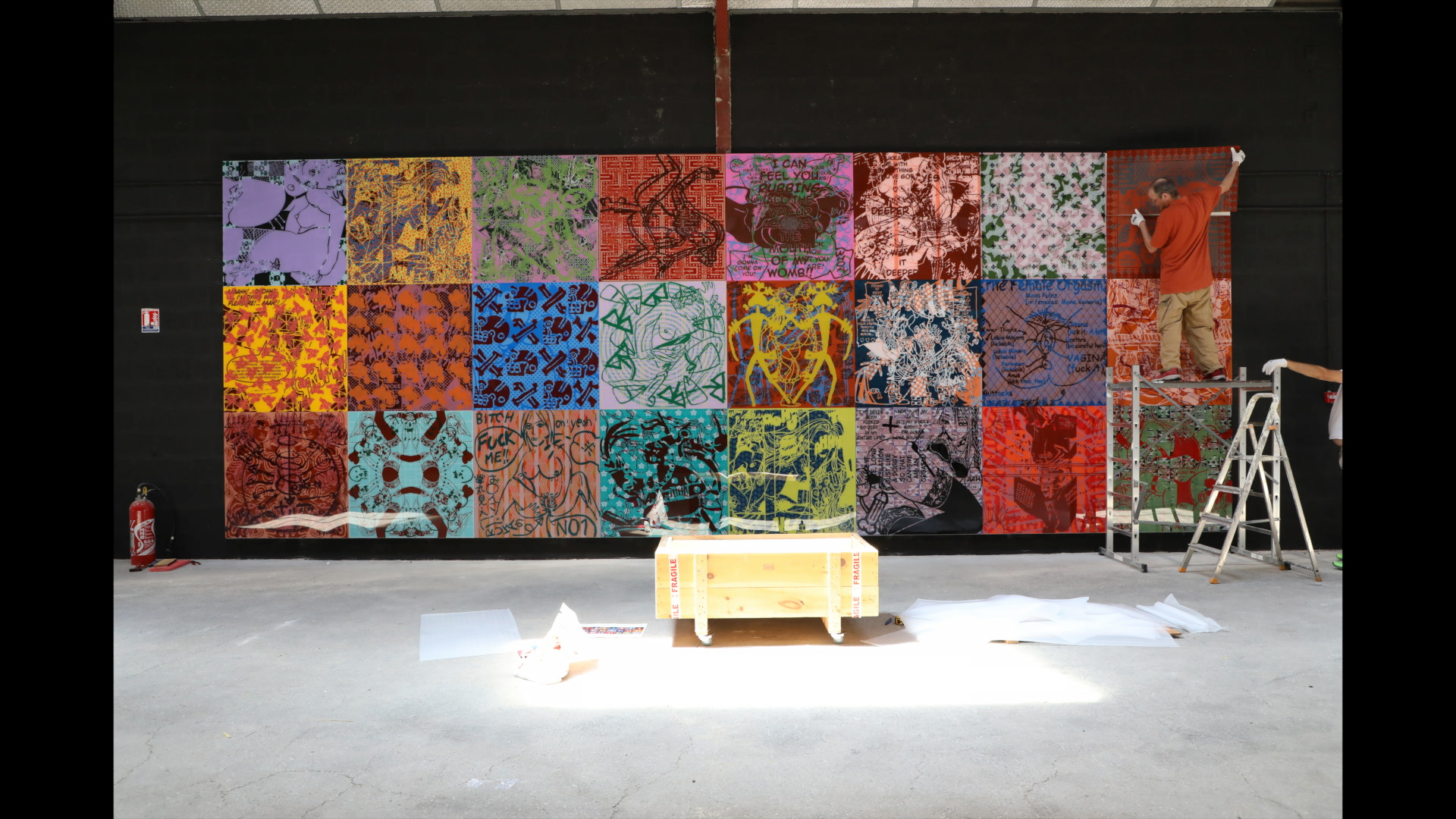 DIAGRAMS FOR THE INSTALLATION OF THE ART WORKS 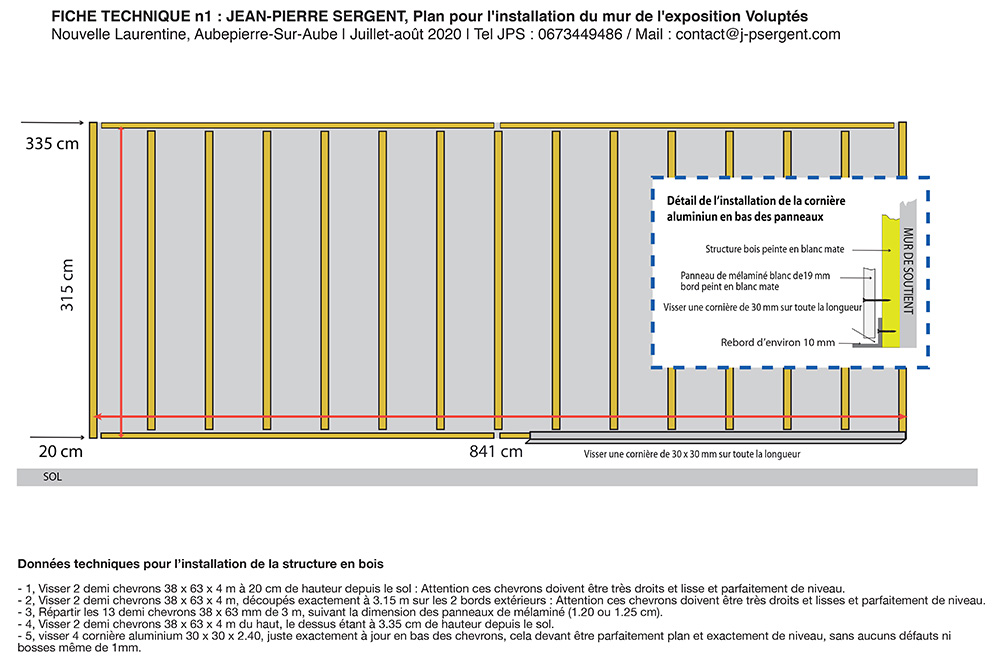 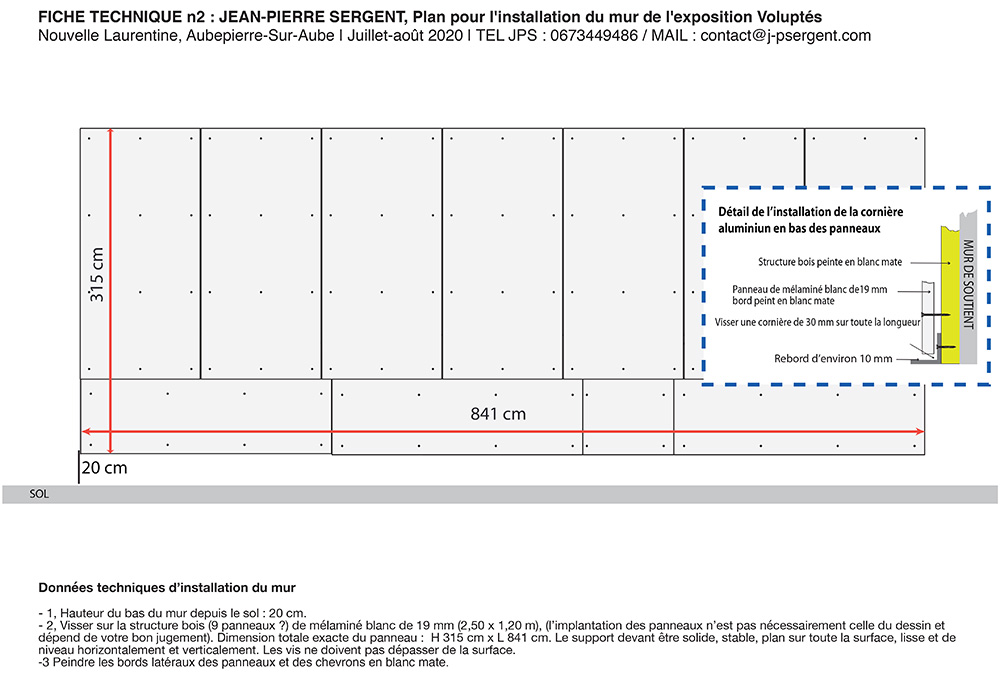 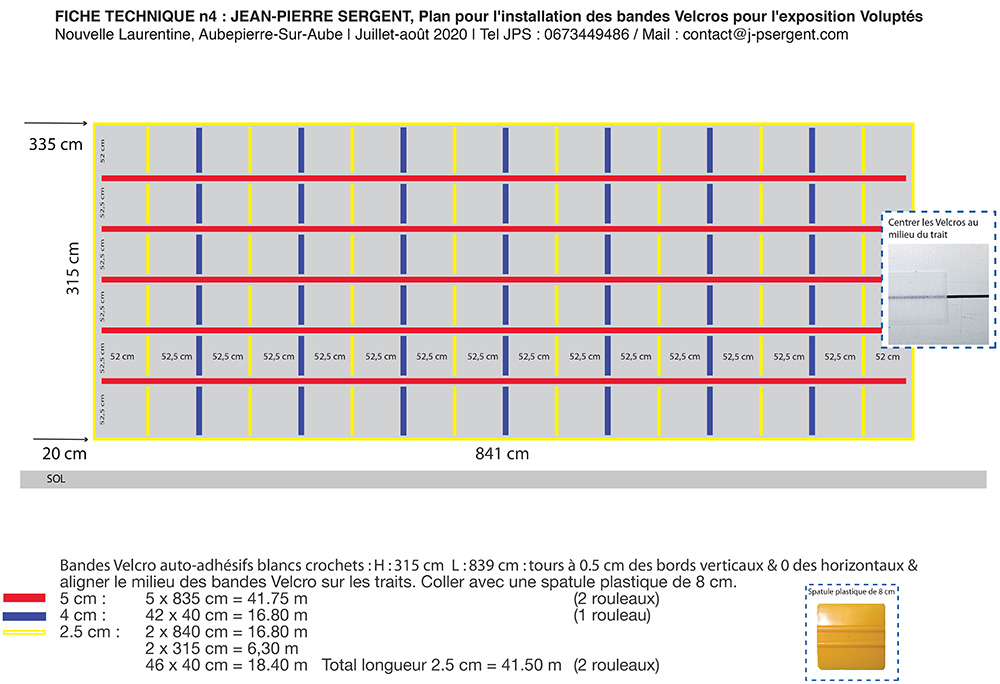 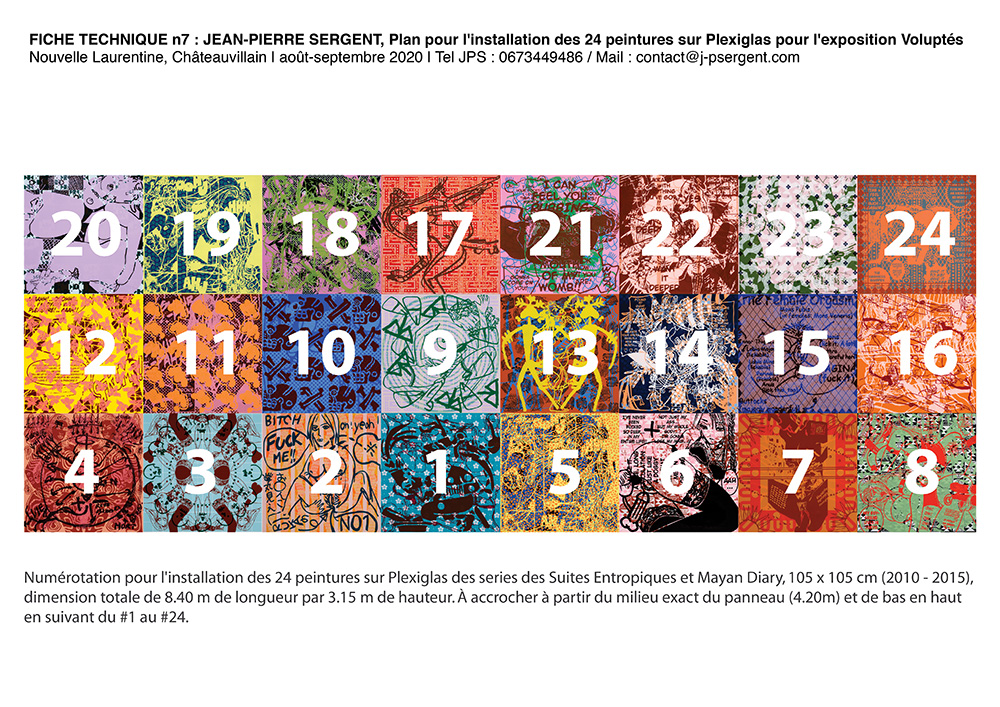 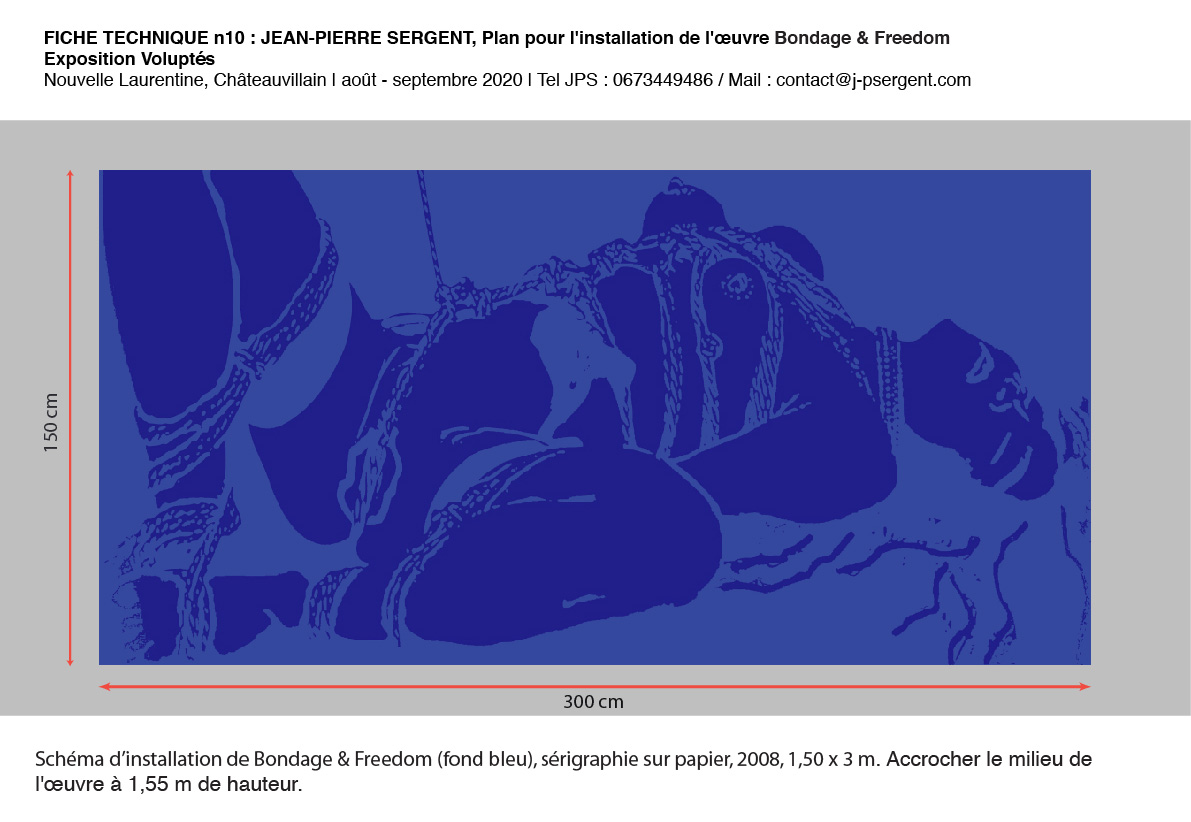 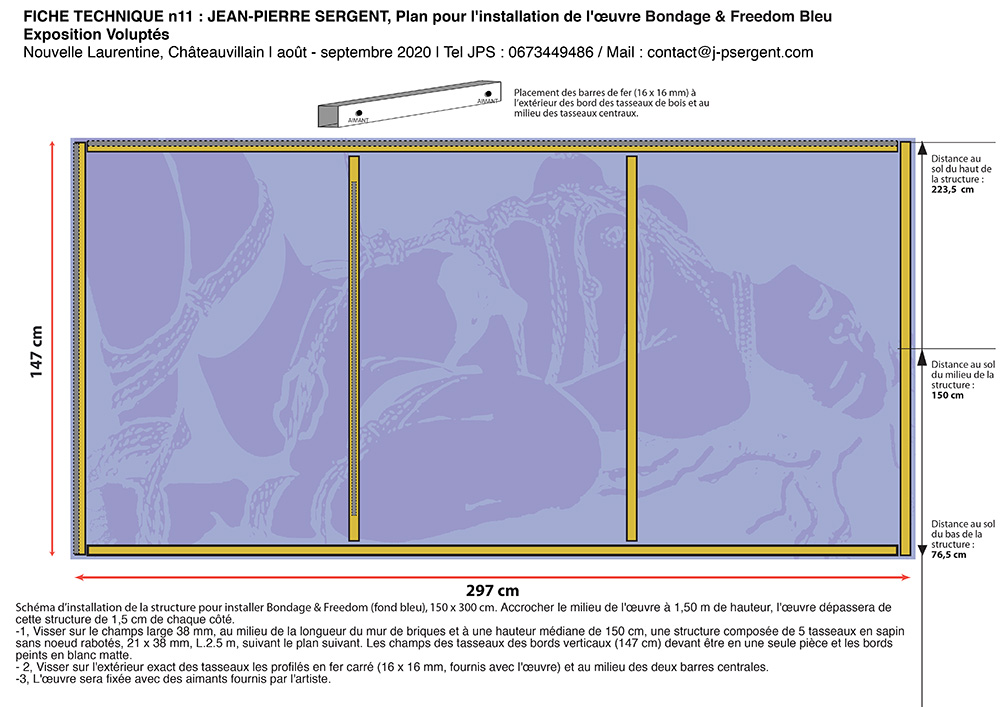 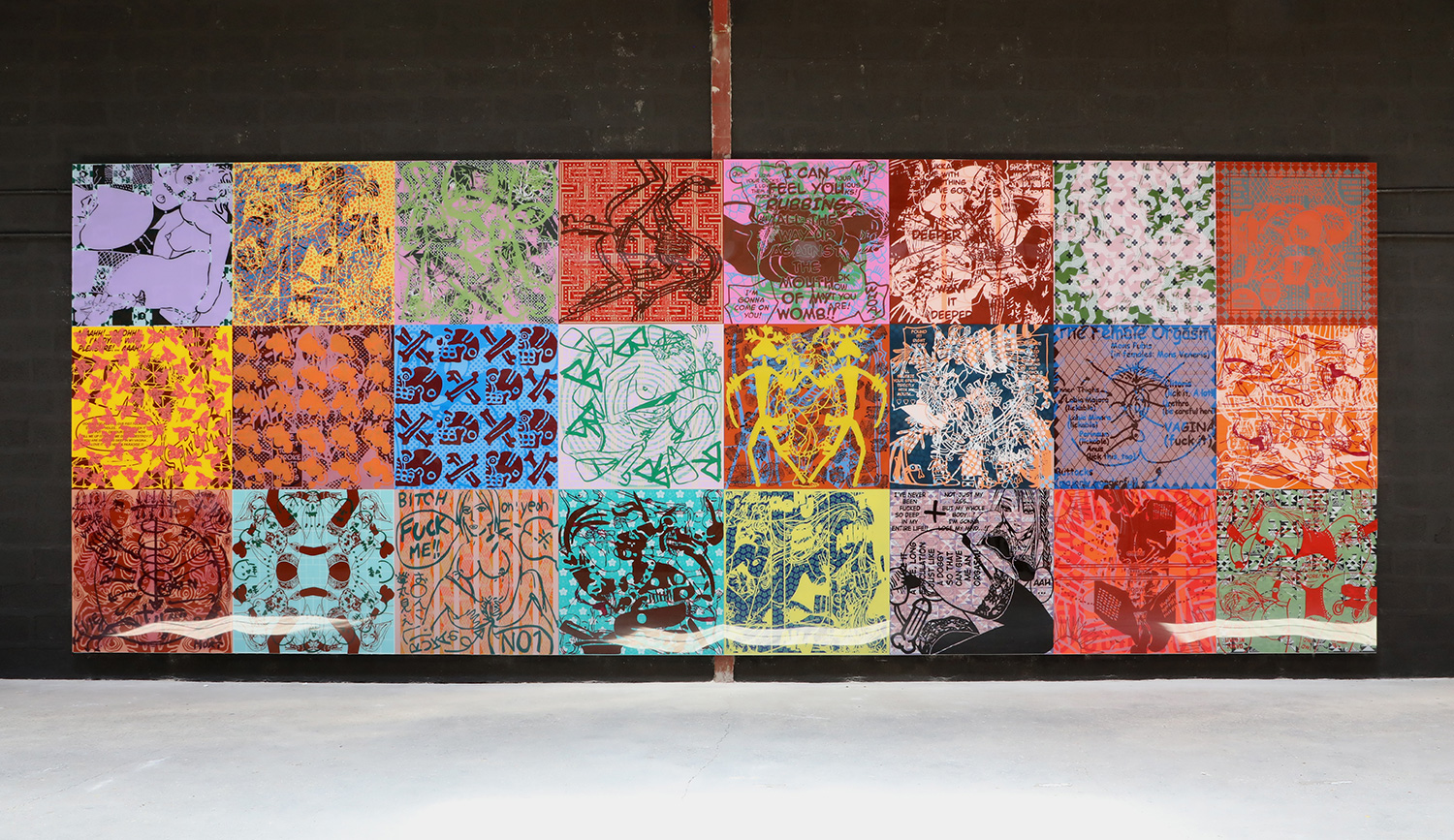 VISUALS OF THE EXHIBITED ART WORKS 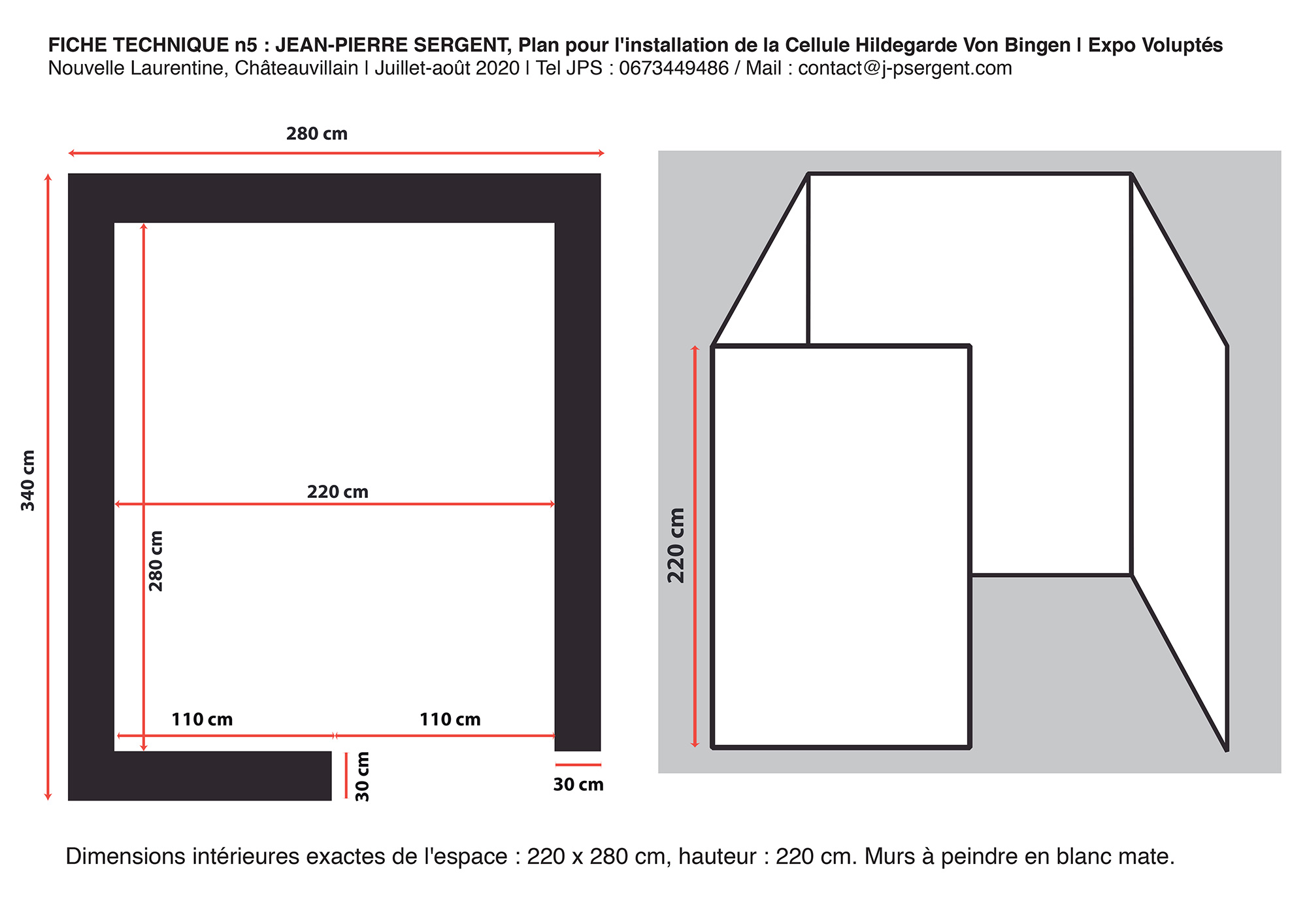 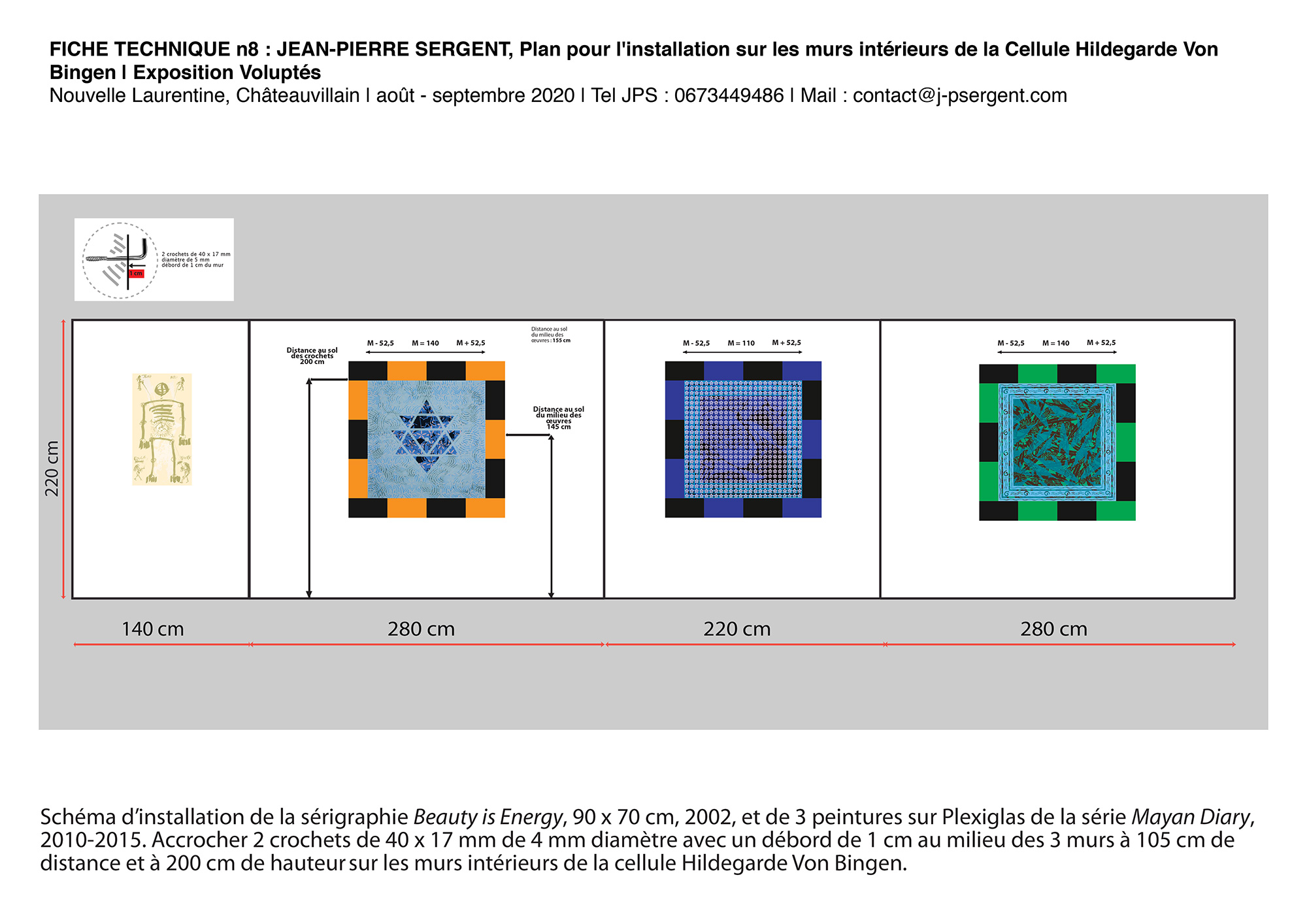 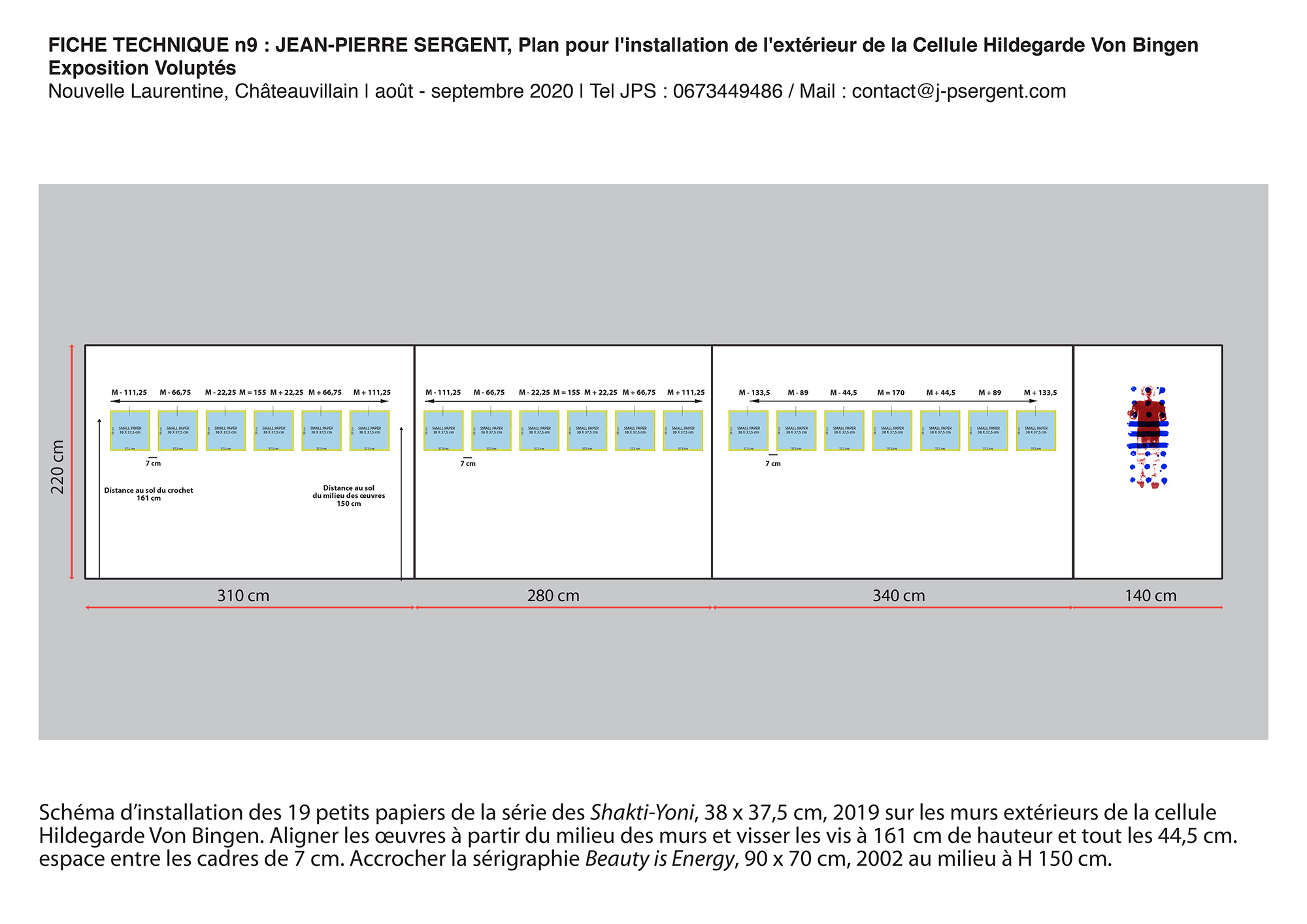