GROUP EXHIBITION: ARTIST AS A SHAMAN? 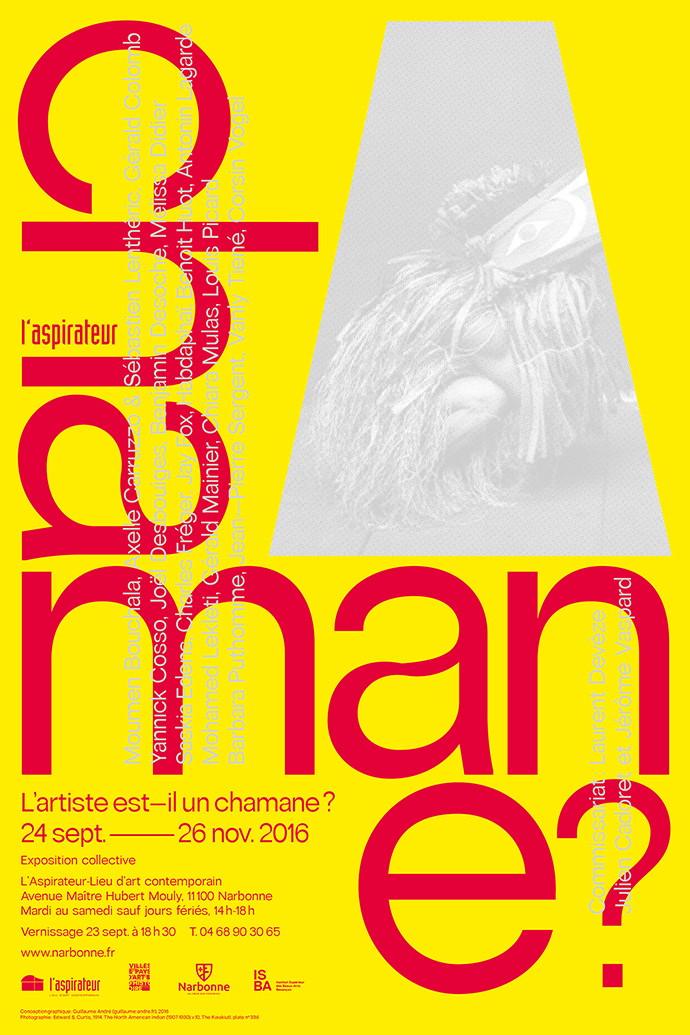 > JEAN-PIERRE SERGENT
Developed his repertoire of artistic forms in the United States and continues to work and exhibit regularly in France and the rest of Europe. He recently exhibited at two solo exhibitions in major museums: the Musée des Beaux-Arts of Mulhouse in 2011 and the Courbet Farm in Flagey in 2012. In 2013, he had two solo shows, one of large works on paper: "Sex & Rituals" at the Omnibus Gallery in Besançon, France, and the other: "Cultures-Energies," at the Kunstpalais in Badenweiler, Germany. In 2015, he had three gallery solo exhibitions in Switzerland in addition to participating at the 7th Besançon Biennale in October 2015. During this upcoming Fall (2016), he will have a series of 4 traveling solo exhibitions in China in Museums and Galleries in the cities of Shenyang, Beijing, Shanghai & Guangzhou.

> THE SHAMANISM IS THE CORE OF MY ART WORK
Shamanism and sexuality are the two main themes driving my art; they nourish it, build it, and bring it alive while making it richer in order to help the audience forget about the artistic and existential nihilism of nowadays. Because without these powerful and transcendent universal vital forces, my work would have no reason to exist. Making art just for the sake of making art isn’t really my cup of tea, nor is deriving or copying the works of important artists.
Since experiencing shamanic trances in New York, the spiritual encounters have inhabited my mind and my body. The spiritual-cosmic voyages have improved my imagination, my dreams, and my crazy desires, making them more pugnent, violent, vibrant, anarchic, bold, and sexual, which are all of the necessary energies needed for a real, true, and strong artistic creation!

So ... then there is no more linear historical time, no more inaccessible places, no more final death ... in these trances, where there is only the sacred union between the individual and the whole. This is the annihilation of the narcissistic and vulgar ego which enters through the open doors of art and ecstatic practices into the Universe as well as into multiple metamorphoses and regenerative energies and dimensions! Not forgetting of course, the bright colors and the inclusive, transcendent lights, resembling the colors used by Mayan or Tibetan shaman artists.

In order to live happy we must be one hundred percent curious, insatiable, and full of desires… and if there is a subject matters that really opens my appetite and my curiosity, it’s really the shamanic world, which inhabits me like God could be feeding my soul. 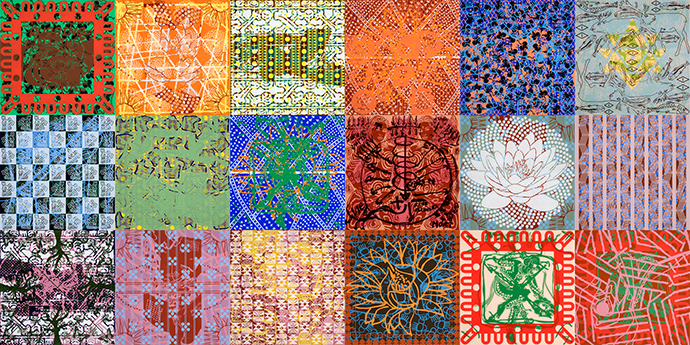 > SKETCHES FOR THE REALISATION OF THE INSTALLATION 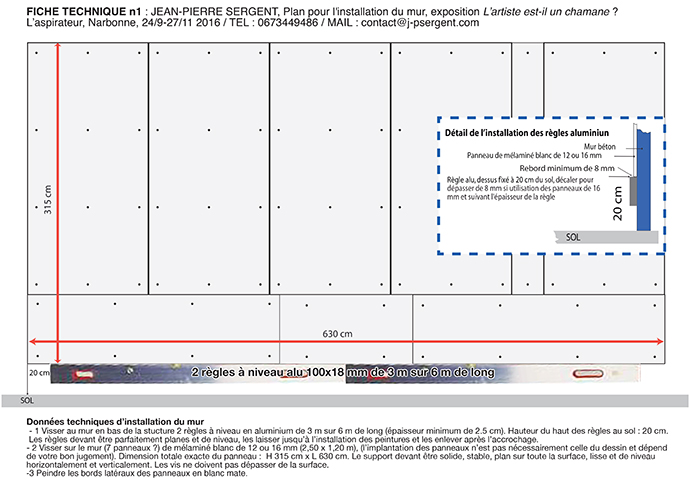 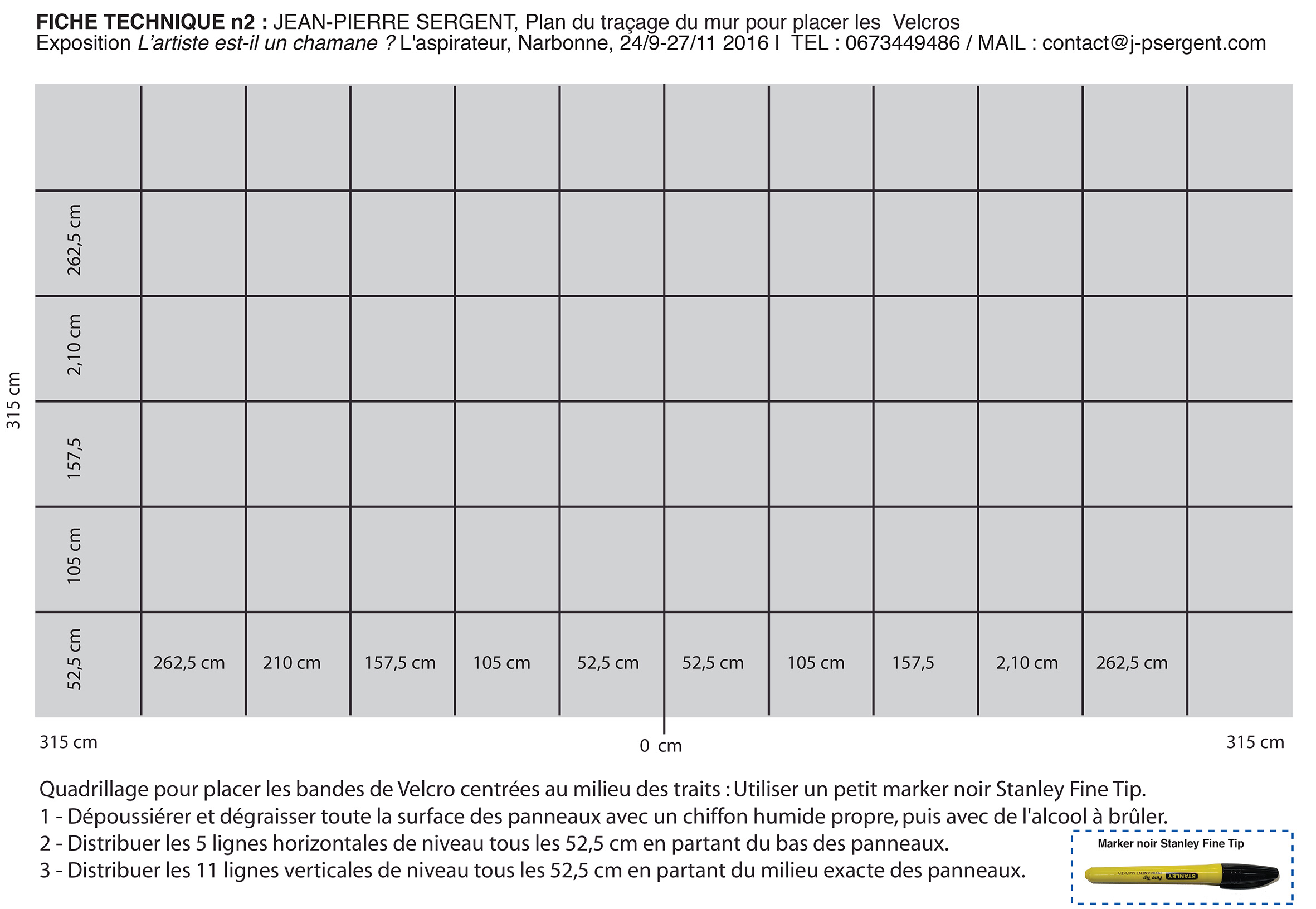 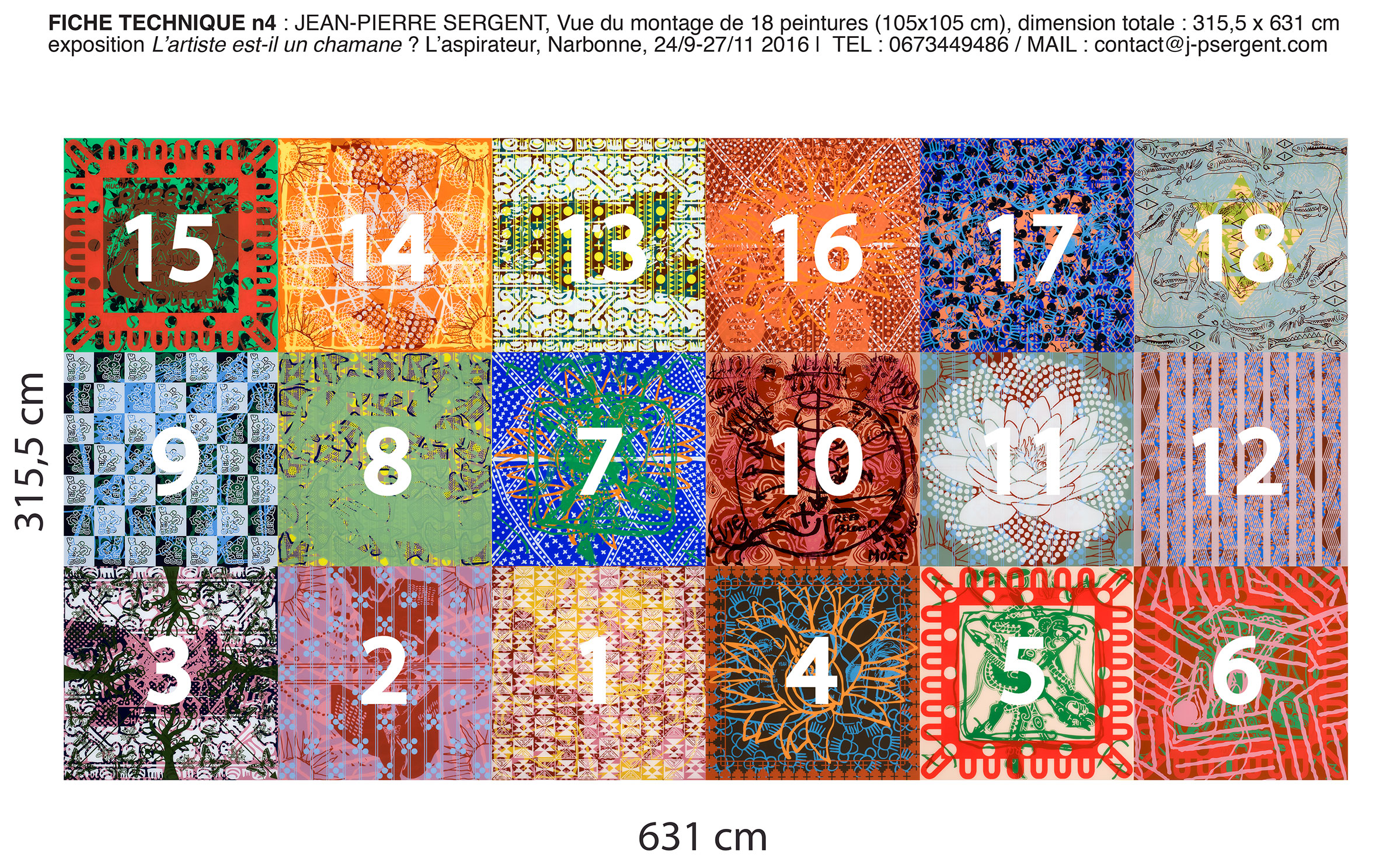 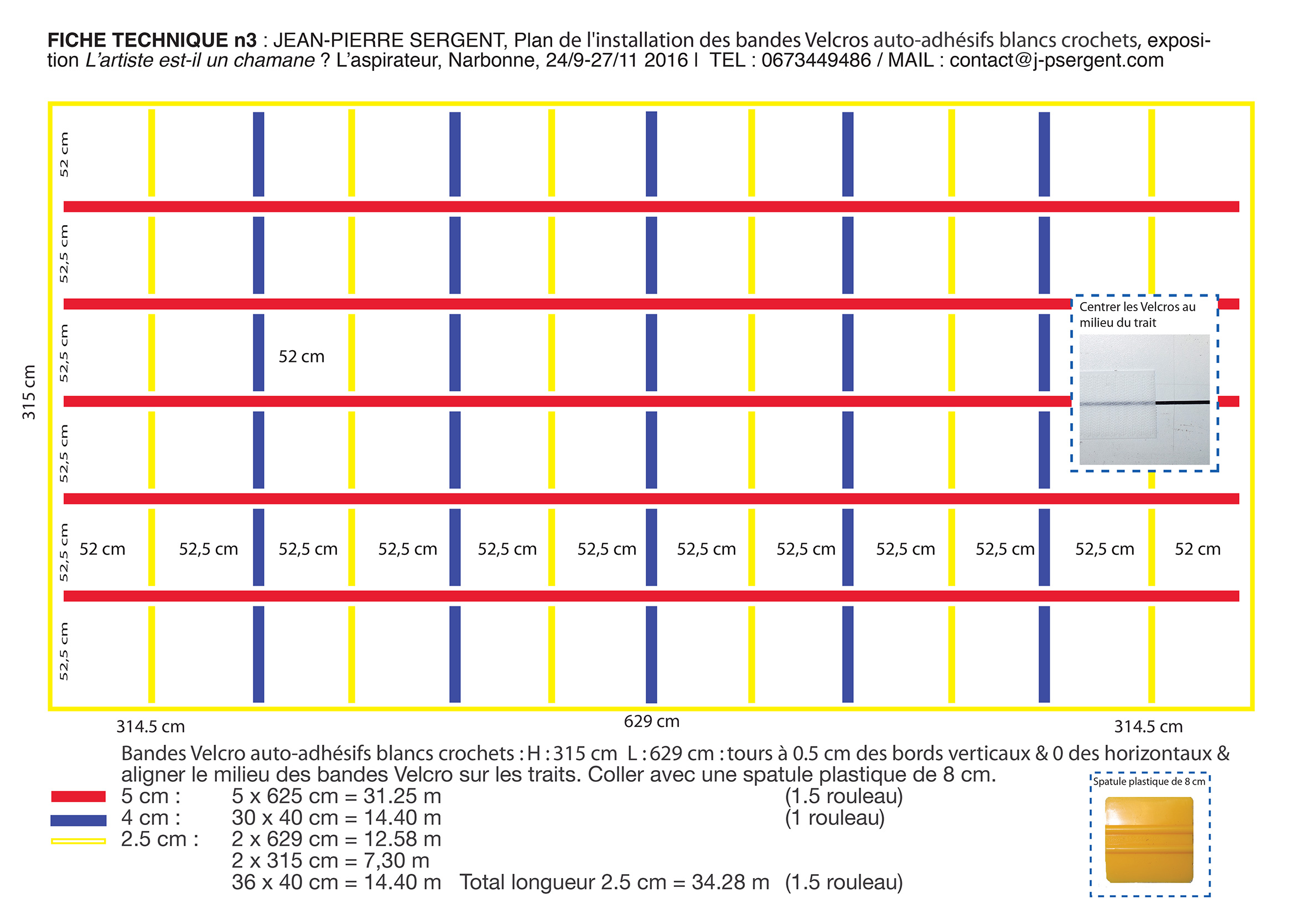 VIDEO OF THE EXHIBITION 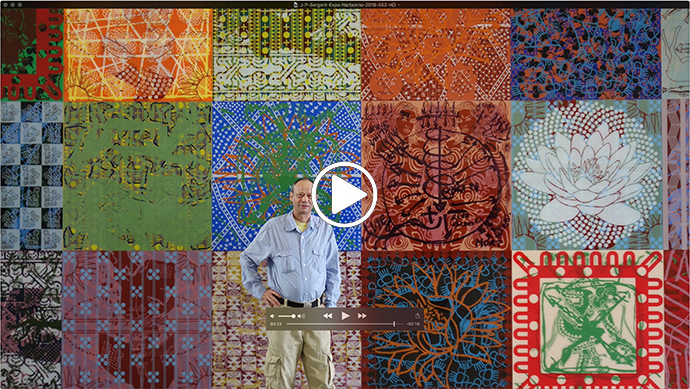 > VIEWS OF THE PREPARATION, INSTALLATION & OPENING OF THE EXHIBITION