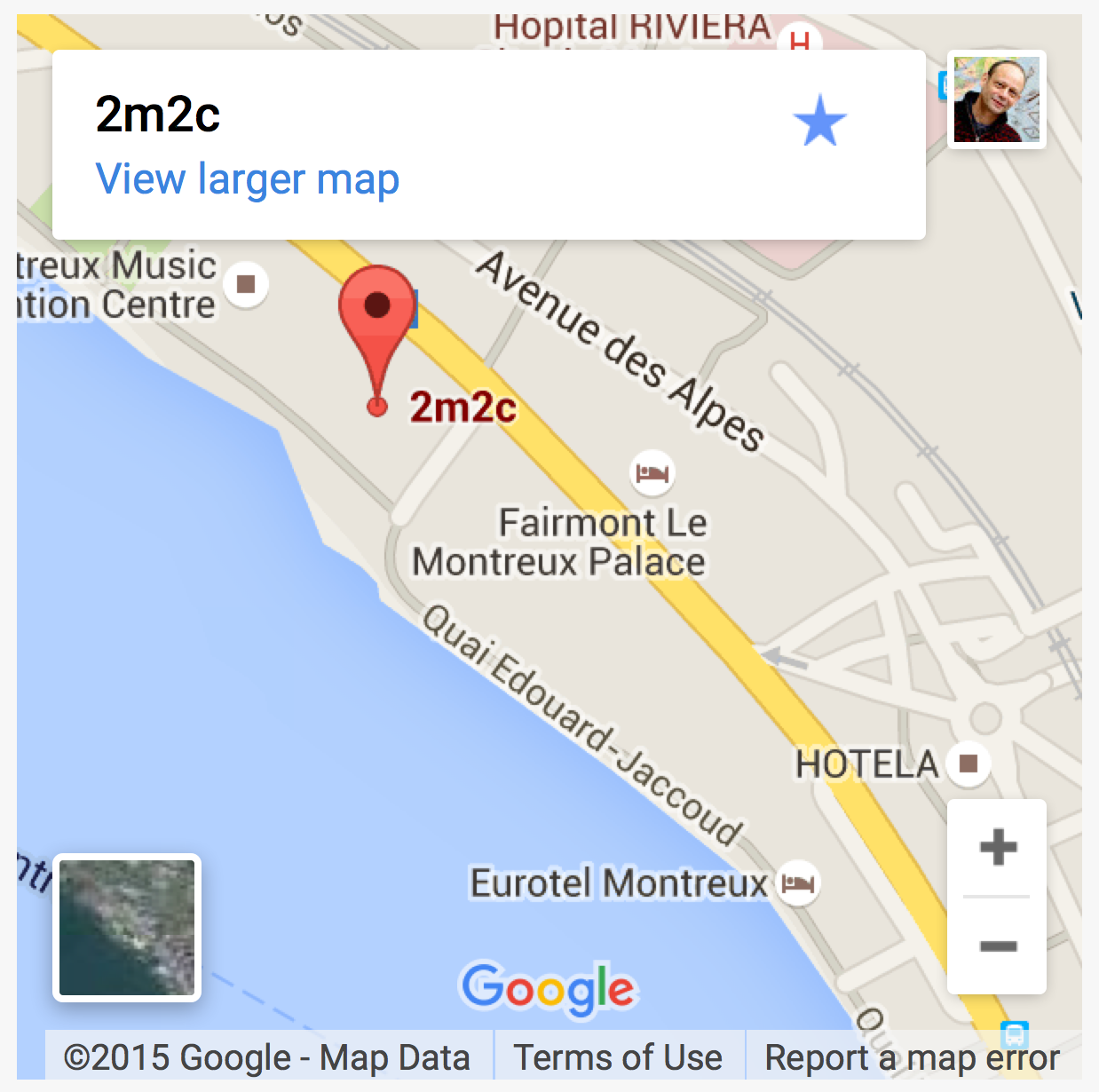 > Invitation pdf for the MAG and for the 2 opening nights 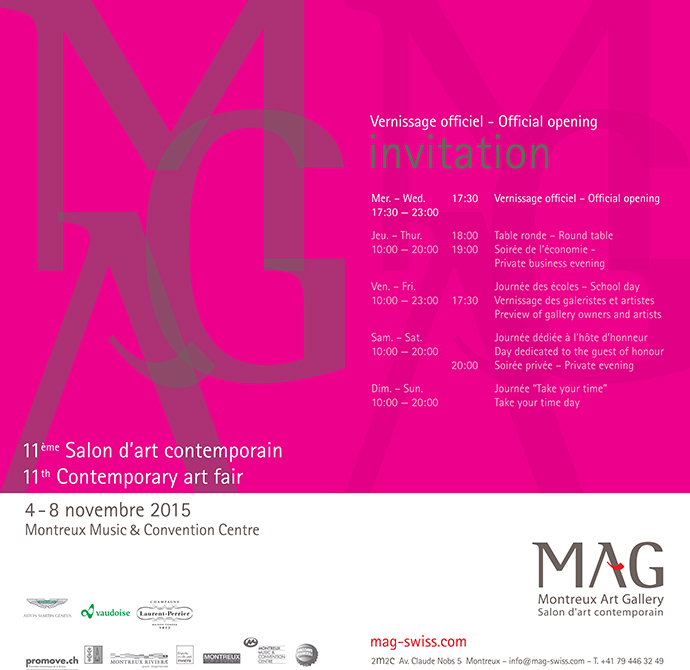 > ABOUT THE MAG ART FAIR
MAG (Montreux Art Gallery) 2015, the 11th contemporary art fair invites you at Montreux on the Swiss Riviera. This art event is the most important in this French-speaking area, gathering more than 50 galleries and 150 international artists. The City of Montreux, a magical place that as built his reputation by combining its economical, cultural and gorgeous scenery landscaping, will be please to welcome you for this new fabulous contemporary international art exhibition.

> JEAN-PIERRE SERGENT
developed his repertory of artistic forms in the United States and continues to work and exhibit regularly in France and the rest of Europe. He recently exhibited at two solo exhibitions in major museums: the Musée des Beaux-Arts of Mulhouse in 2011 and the Courbet Farm of Flagey in 2102. Last year, he had two solo shows, one of large works on paper: "Sex & Rituals" at the Omnibus Gallery of Besançon, France, and the other: "Cultures-Energies", at the Kunstpalais in Badenweiler, Germany. For this eleven edition of the MAG, Sergent is going to present 8 Plexiglas square paintings (1,40 m x 1,40 m), chosen from his new "Entropic Suites" series completed during the Summer 2015.

> ABOUT SERGENT’S WORK
The visual artist keeps on following his path in his workshop ; his work is built on the same medium (screenprinting on plexiglas and paper) and lead by a spiritual topic based on union, the juxtaposition of erotic pictures and sacred patterns inspired by Indian cosmogony or ancient civilisations of today Latin America and whose recurrence creates a particular geometry.
Principles of union or juxtaposition may be misunderstood by the Western public, highly influenced by monotheisms, where erotic and sacred things shall be dealt as separate realms. This is the reason why we have to look beyond our preconceptions and prejudices before stepping in Jean-Pierre Sergent’s world. This effort is the precondition for getting the true meaning of his work, based on a collection of fragments, each of them having its own significance whereas they create a new harmony when reunited, having then a much higher impact erasing all apparent paradox.
The artist explains:
« These drawings symbolize the primary freedom of the human being as well as its burning appeal to the desired sex. Bluntly speaking, they incarnate truth, oblivion, dream, power and love. On the other side, the geometric patterns refer to the sacred erotic culture as the one praised within tribes. They symbolize formal beauty, and reveal the constituents that compose live matter or even the big void! They incarnate order, meditation, tradition and detachment…(…). Thus reunited, order and chaos create the overall, powerful and relevant picture of our life, it’s as simple as that.
« Life » should be interpreted as the way we think about desire, Nature and cosmic forces which seem to delve the spectator into each work whose true meaning is hidden under a chaotic even abstract aspect and whose various levels will progressively be revealed, thus embarking the spectator on an initiatory and hypnotic journey. Thierry Savatier, in Les Mauvaises Fréquentations. Translated by Sèverine Maisières

VIDEO OF THE EXHIBITION 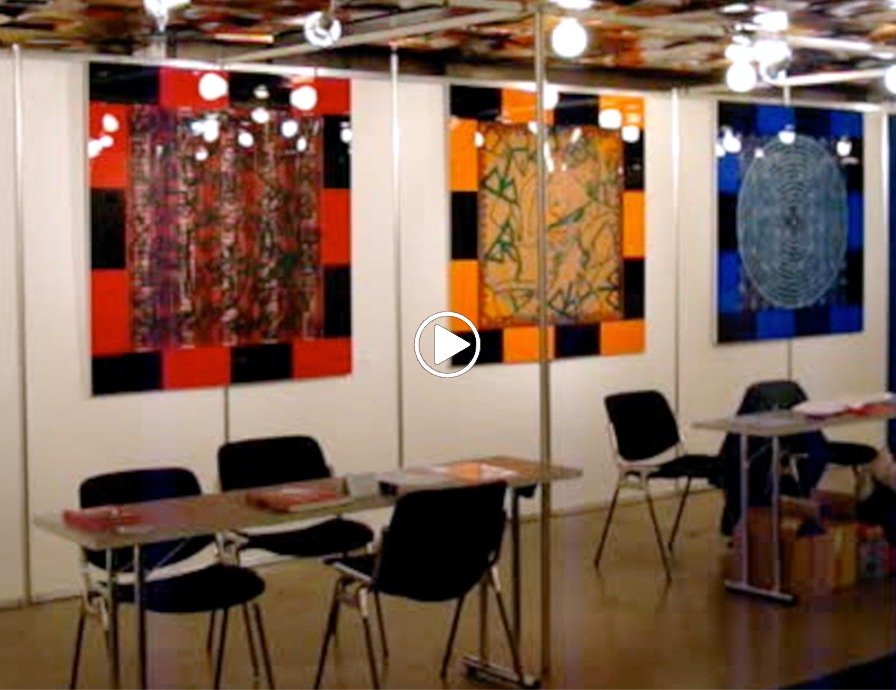 
> PHOTOS OF THE EXHIBITION

Please see all the exhibition's photos on this page : Women In Painting