DESIRE, THE WOMB, THE CAVE & THE WHITE LOTUS

> CONTEXT OF THIS SPECIFIC EXHIBITION: The City of Ornans, France, and his Mayor Mr Jean-François Longeot, are inviting Jean-Pierre Sergent to exhibit his new work at the Caveau des Arts Gallery, simultaneously of a big Museum exhibition around the Gustave Courbet painting's :"Cet obscur objet de désirs, autour de L'Origine du Monde" in the newly renovated Courbet Museum in Ornans.

> JEAN-PIERRE SERGENT: developed his repertory of artistic forms in the United States and continues to work and exhibit regularly in France and the rest of Europe. He recently exhibited at two solo exhibitions in major museums: the Musée des Beaux-Arts of Mulhouse in 2011 and the Courbet Farm of Flagey in 2102. Last year, he had two solo shows of large works on paper: "Sex & Rituals" at the Omnibus Gallery of Besançon, France, and an other show: "Cultures-Energies", in Badenweiler, Germany.

> ABOUT THE EXHIBITION: Jean-Pierre have been working on a new series of works on paper "Desire, the Womb, the Cave & the White Lotus", which title have been largely inspired by his reading of the Upanishads, the Hindu books, one of he oldest in the history of writing, and specially from this quotation in the Tripura Upanishad:

- "Desire, the womb, the Digit of Desire,
The Wielder of the Thunderbolt, the Cave,
Ha sa, the Wind, the Cloud, the King of Heaven,
Yet again the Cave, sa ka la and maya –
Such is the primeval Wisdom, embracing all,
Mother of the vast universe."

Nine small works on paper (42 x 42 cm) from this new series will be exhibited as well as six large paintings on Plexiglas, specially selected in a large corpus of his older works and representing  highly sexed women bodies and sexual women organs. One of them is the beautiful "Apis & Gaia", 2011, depicting the Egyptian Bull-God Apis, the all-powerful manly energy, placed on top of a woman nude's reclining, representing Gaia, the Earth-Mother, lover, goddess and the feminine energy of the ancient Greek's mythology. Also to be discovered, the famous painting titled: "The Female Orgasm", 2011, showing, as in the famous Courbet painting's: a woman sex, with anatomicals annotations as in a medical diagram or in a contemporary erotic graffiti...!

> This exhibition will be followed by an out-door installation of two large prints (2 x 4 m) of 16 Jean-Pierre Sergent's works on papers copied and printed on tarpaulins, installed in the deep cave of Fontaine-Plaisir, located at 8 kms from the beautiful historical city of Ornans, on the week-end of June 14th-15th 2014 > More informations 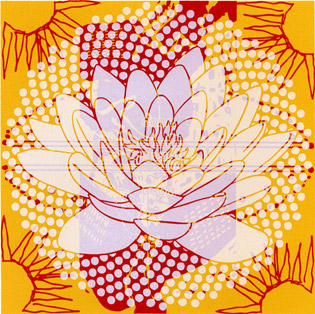 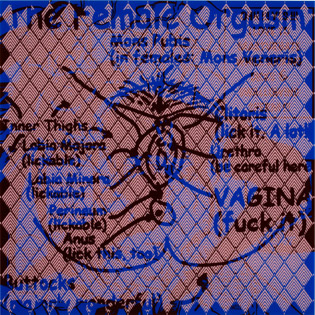 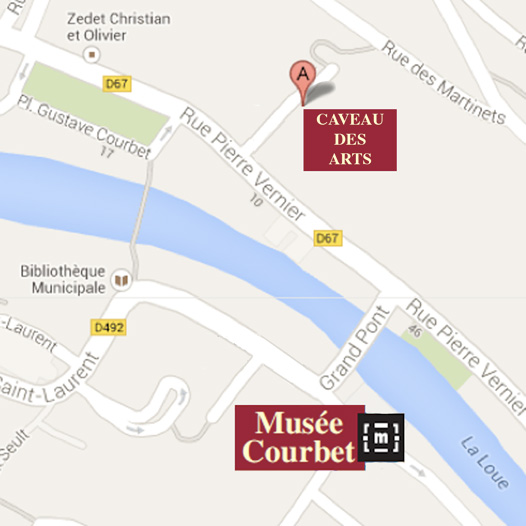 Opening hours: every days from 10am to 7pm

Artist's encounters dates: every days from 2 pm to 7 pm & by appointments

- IMAGES OF THE EXHIBITION