A small exhibition of the artists works will be also on display at the Cultural Center Gilbert Zaug, 18 Rue de la Franche Pierre, from the 23rd to the 28th of November 2018. 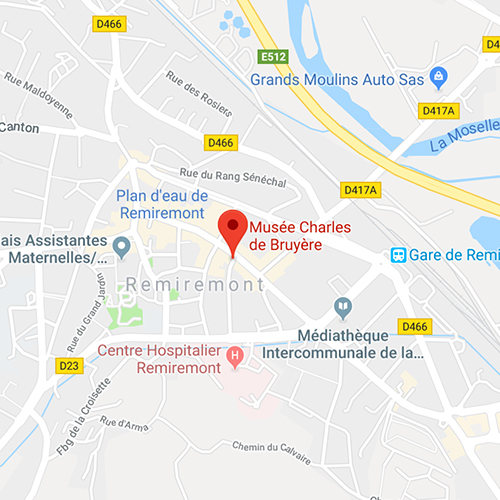 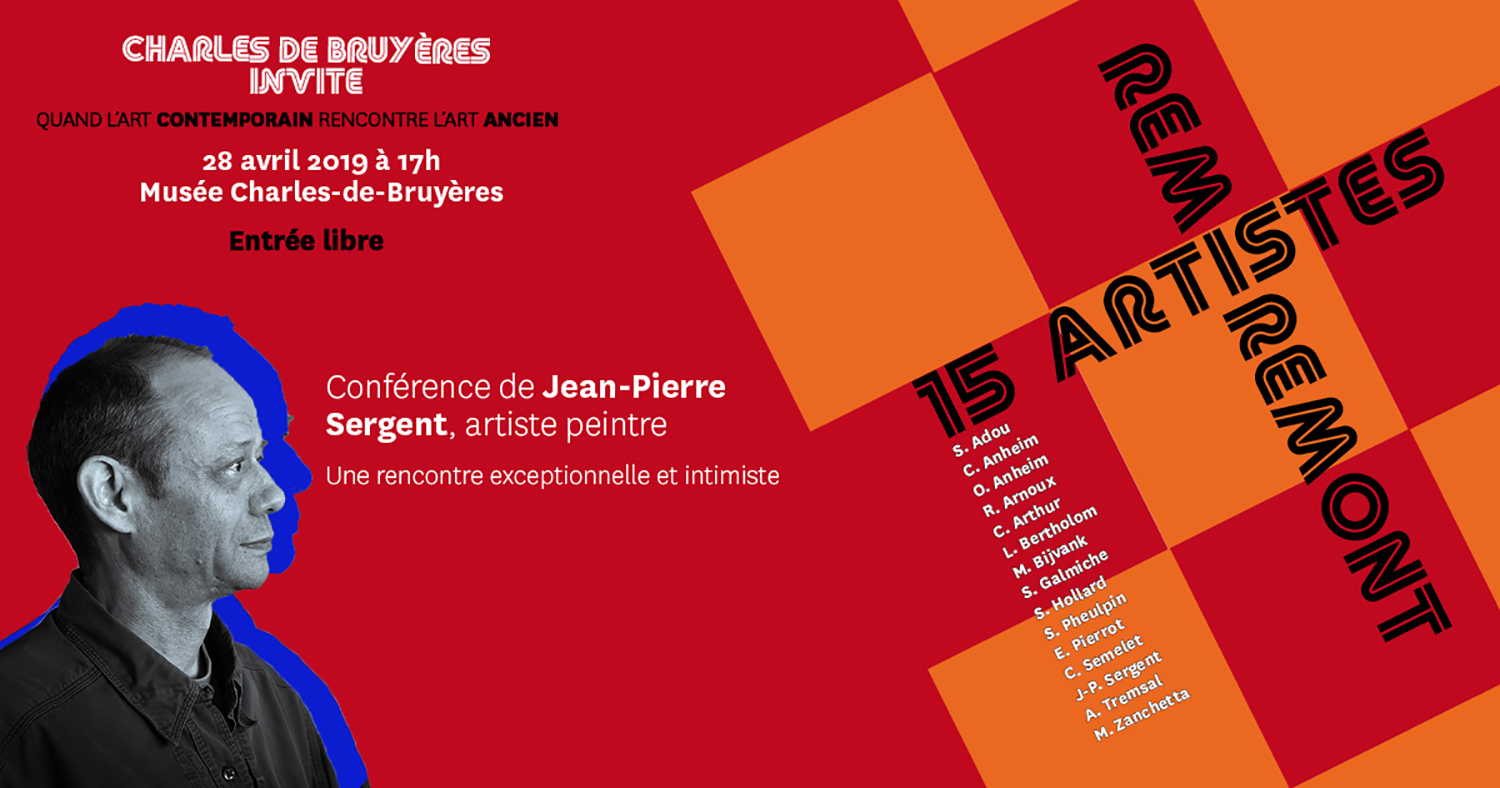 
THE ARTWORKS FROM THE MUSEUM 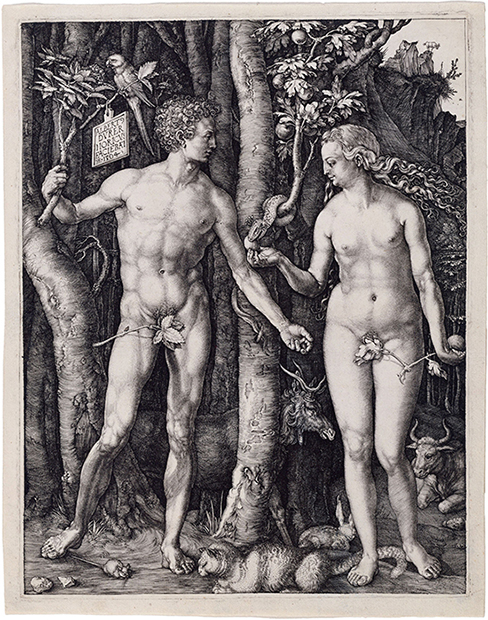 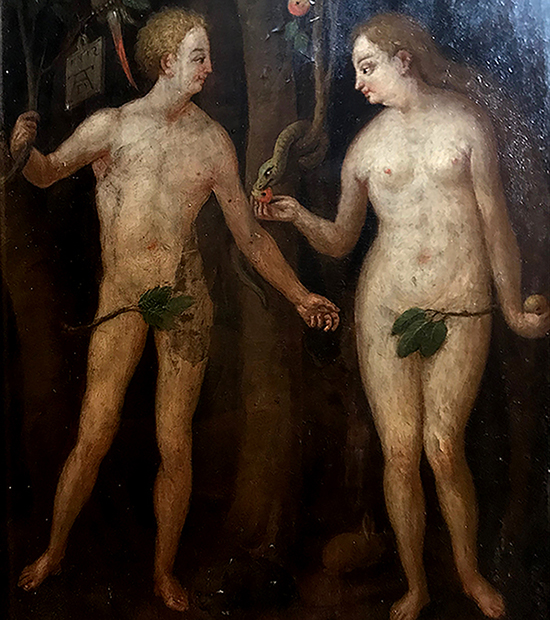 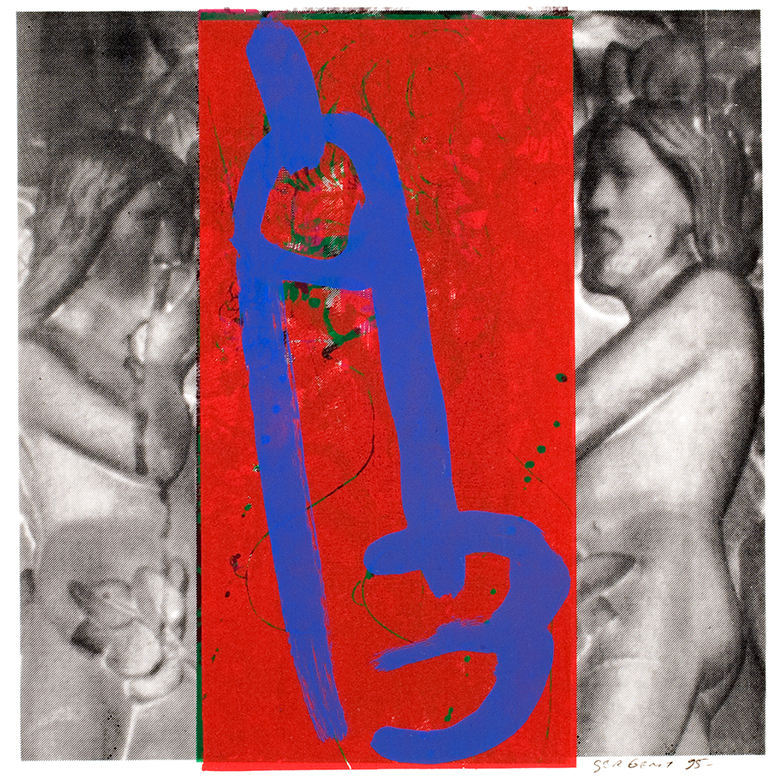 STATMENT ABOUT THE EXHIBITED PRINT

It was while talking on the phone with Annie Tremsal the curator of the exhibition, that the almost obvious idea came to me to present next to the beautiful painting Adam and Eve (by Maarten de Vos, 18th century and painted after the copper plate engraving by Adam and Eve of Albrecht Dürer, 1504), my small silkscreen print "Eve, Adam & the graffitis” (58 x 39 cm), completed in New York in 1995.

To paint this mythical theme of the origin of Humanity, of man and of our own conception, obviously raises many questions: responsibility-irresponsibility of man, presence-absence of God, legitimacy-illegitimacy of desire...! Iconographically, the monotheistic West, for two thousand years almost and before the invasion of pornographic images, has systematically refused to depict the genitals and the act of copulation, of love making, as well as the pleasure that results from it. Or only symbolically: the apple being the woman sex and the snake the one of man. However, a symbol is not the true thing, and there is therefore dissociation and fragmentation between the thought, imagined body and the real body in its totality, its integrity, its entirety*. Unlike other cultures, which are richer in erotic images and which, through their art, joyfully depict sexual pleasures. These societies, mostly from the past, were or are more in harmony with Nature, the World, the Cosmos and creation: like particularly all the first cultures, animist like Mayan, Moche, Hindu or traditional Japanese etc...

However, this lack of representation of sexual ecstasy, in our museums and in the collective imagination, has caused and still causes many anxieties, neuroses, frustrations and fears much more deeper than one can imagine!

For me, as an artist, sexual pleasure is a simple natural things and can reliefs anxiety and be liberator of oneself (if we are not too afraid to be born into this world and to also die there), and a vector of infinite pleasures, joys and happiness.

* We must listen to Kabir saying: "Listen to me, dear Sadhu! From the top of his head to the soles of his feet, man is poisoned by intelligence."

"On this tree is a bird, it dances in the joy of life". in The Flute of the Infinite, Kabir

PHOTOS OF THE EXHIBITION AND OF THE CHURCH IN REMIREMONT