WOPART
The exhibition of work on paper from Ancient to Modern, Contemporary art represents today the most anticipated event for collectors that gravitate on the Swiss Ticino.  On top of this, it is an occasion for events such as: public exhibitions, meetings between galleries, members of the public, companies and institutions. In the 2018 edition they reach out more than 90 major galleries from 14 countries that will show exhibits that range from drawings to oil paintings, from graphics  to photography. 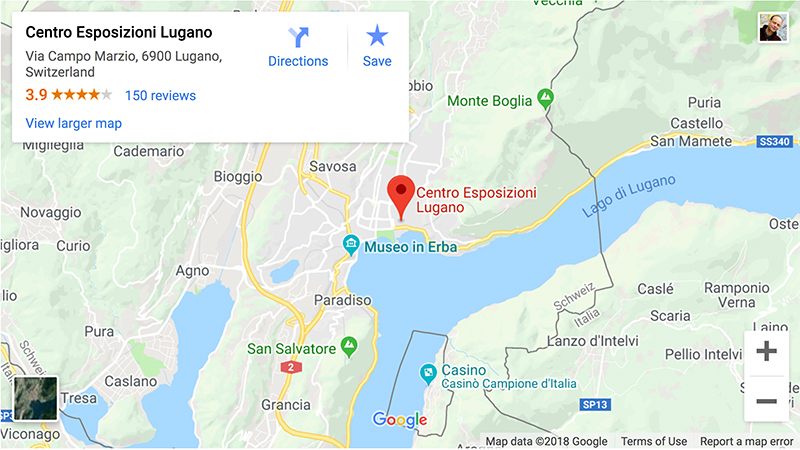 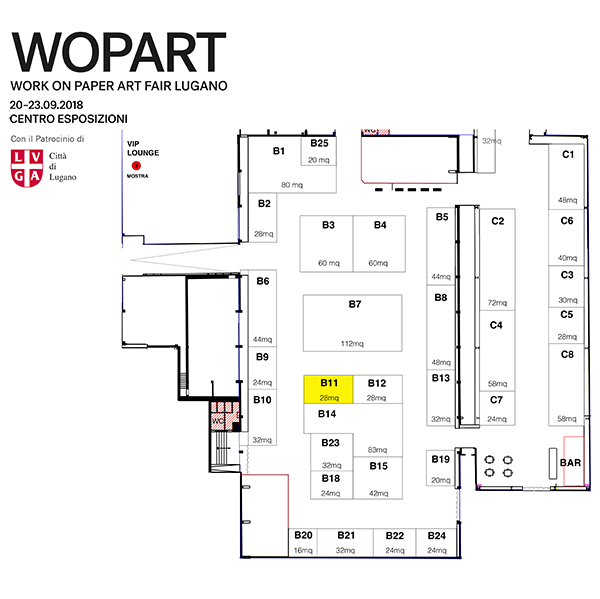 JEAN-PIERRE SERGENT
French-American artist, he developed his repertory of artistic forms in the United States and continues to work and exhibit regularly in France and the rest of Europe and China since 2016. The artist is going to present at WOPART, with his Zurich Gallery's, about twenty pieces from his Shakti-Yoni: Ecstatic Cosmic Dances new series (25 x 25 cm), 2017-2018. They are acrylic silk-screened and Indian ink painted over Rives BFK 280g and yellow Wang Sketching 80g papers. Numerous videos and interviews had been realized about the work in progress of this new batch of artworks. The Gallery is also going to exhibit some older medium sized works on paper (76 x 56 cm) from the years 2002 to 2006.

ABOUT THE SHAKTI*-YONI*
It is a work from the artist’s maturity. Free of dithering, detours and regrets. It delve right into the heart of human trueness and world soul. With its rigours, its boldness, its colours, it takes the artist himself, then the viewer by rebound, into states of full power, full freedom, full consciousness, full enlightenment! At the core of Life with its main primary preoccupations and interrogations like: presence, sex, death, desire, body, memory. It’s an art of experience and testimony. Sergent is revealing to people that we can exist within joy, being demiurges and masters of its own life, into sexuality, danse, spirituality and ecstasies. As he deeply stated in this text:

"These bodies of women ecstatically dancing, like the mystical dancing Dervishes Turners, are both fixed points here, and infinite there. They drag us with them in whirling and cosmic dimensions, creating in a true sense vortices of energies towards the possibilities of other lives, other pleasures, other experiences. […]
Their Yonis, moist, gushing, obscene, and wet, with gaping lips... symbols of the female sex, which in the same way in India are adorned, fed, and coated with butter, flowers, and various offerings and always pierced by the lingam*, Herculean cock rising towards the sky…
Genitals open, offered, desiring… those female warriors are hoping for a man’s cock and his cum, in such an exciting and regenerating homage danced as in Stravinsky’s Sacre du printemps, but, in this never-ending and eternal dance, there is no need to wait for the Seasons to come back in order to revive their humongous desires…! […]
Jerky movements, pulsing rhythmically, or arhythmically, in a despairing contemporary pornographic solitude, which still bring us back sometimes to the origin of being, primary energy, the first cries of the child brought into the world or the first orgasm. In the same way that the Water, the Sea, the Ocean, and the Universe, encompass, submerge, and nourish us like the orphans we are all today, since the Spirits and the Gods are dead; killed by those other than us!
But the artist remains optimistic and he tirelessly pays tribute to the dance ... to Nature ... to the color ... and to the feminine energy of the Shakti-Yoni force...!"